Where does Aikido come from? 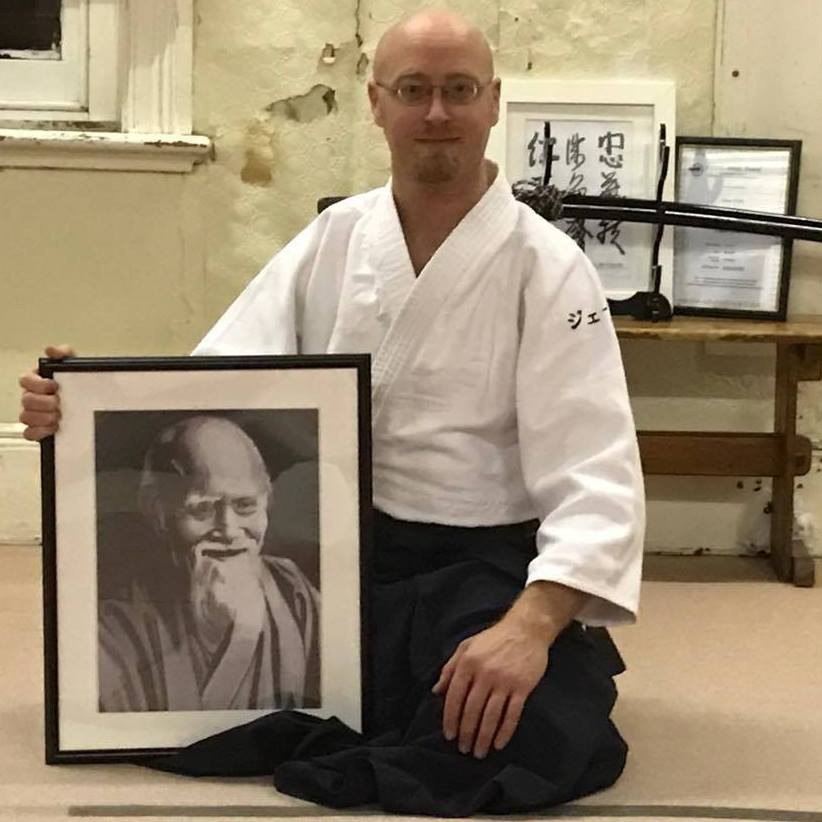 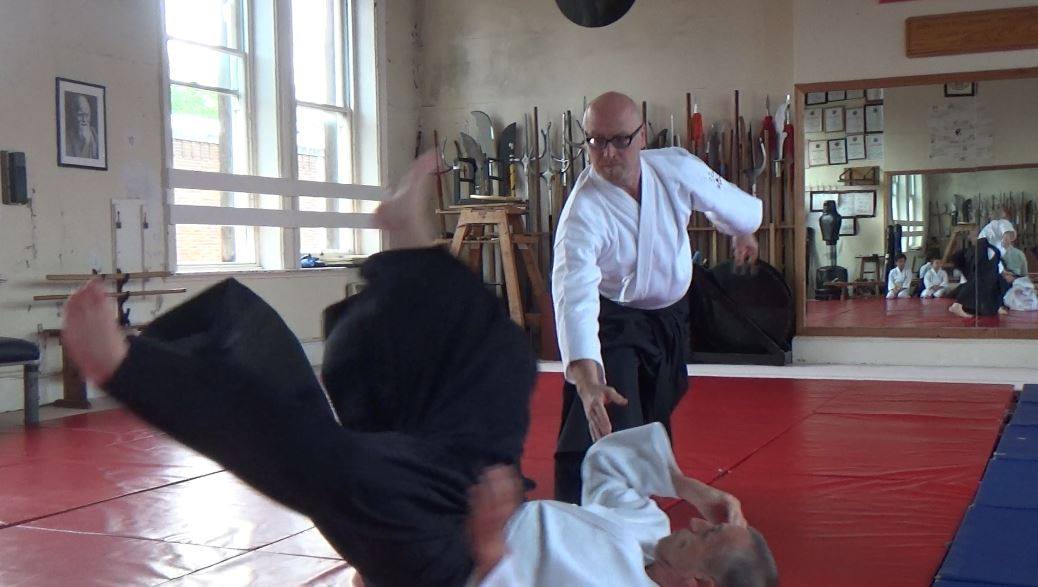 Aikido is a Japanese Martial Art created during the 1920s by Morihei Ueshiba (December 14, 1883 – April 26, 1969), an expert who reached the highest level of mastery in the classical Japanese Martial Arts. He is often referred to as "The Founder" Kaiso (開祖) or Ōsensei (大先生/翁先生), "Great Teacher". Aikido is performed by blending with the motion of the attacker and redirecting the force of the attack rather than opposing it head-on. Aikido has not competition. The goal of Aikido training is not perfection of a step or skill, but rather improving one's character according to the rules of nature..
Aikido training is intended to promote physical and mental training, according to the proficiency level of each skill and repeatedly practice so anyone can practice. Aikido training is not only good for health, but also develops self-confidence naturally for daily life. The dojo is a ideal place to deepen the understanding of the human eye, to meet people regardless of age, sex and occupation.
Sixty years have passed since the spread of Aikido overseas began. During this time, Aikido has become established in 130 countries. Aikido has taken root all over the world because it is recognized as a way to train the mind and body, and as such, its value extends beyond race and border

AIKIDO DERBY was established in April 2006, but under the name of Mickleover Aikido Club, by Jason Hunt sensei. Back then, we were members of the Aikido Union England, with Mr Chris McDonald sensei (6th dan) as Senior Instructor and Mr Pat Stratford sensei (8th dan) as Director. Mickleover Aikido Club held classes at the Vicarage Road Pavillion, which was a fairly new building in Mickleover, on a saturday morning, and a sunday evening. The club officially opened on saturday 29th April, 2006 by Mr McDonald, whom kindly demonstrated aikido to a large crowd of spectators There were junior and senior classes held on both days, with the saturday class eventually stopping, leaving the club with just the sunday evening classes running. In 2010 we decided to move to Derby City Centre, which is where we are still based, and are still running the classes on sunday evenings Instruction is by Jason Hunt Sensei (Nidan Aikikai), with assistance from fellow yudansha and kenshusei. We are A DOJO of KYUSHINKAN, whose main DOJO is based in Leicester, under the instruction of Mr Peter Brown Sensei (6th Dan Aikikai) Shihan and House Principal. All instruction and gradings are recognised by the Aikikai Hombu Dojo, Japan Courses are regularly held at Aikido Derby by Mr Brown and also by Mr Kevan Ginns Sensei, who is one of KYUSHINKAN’s Shidoin. We have also held several FRIENDSHIP COURSES with other DOJO from different affiliations to the UKA and AIKIKAI, and have been fortunate to have held a course with KUBOTA IKUHIRO Sensei (8th Dan Aikikai) SHIHAN, from Nara Aikikai, Nara, Japan 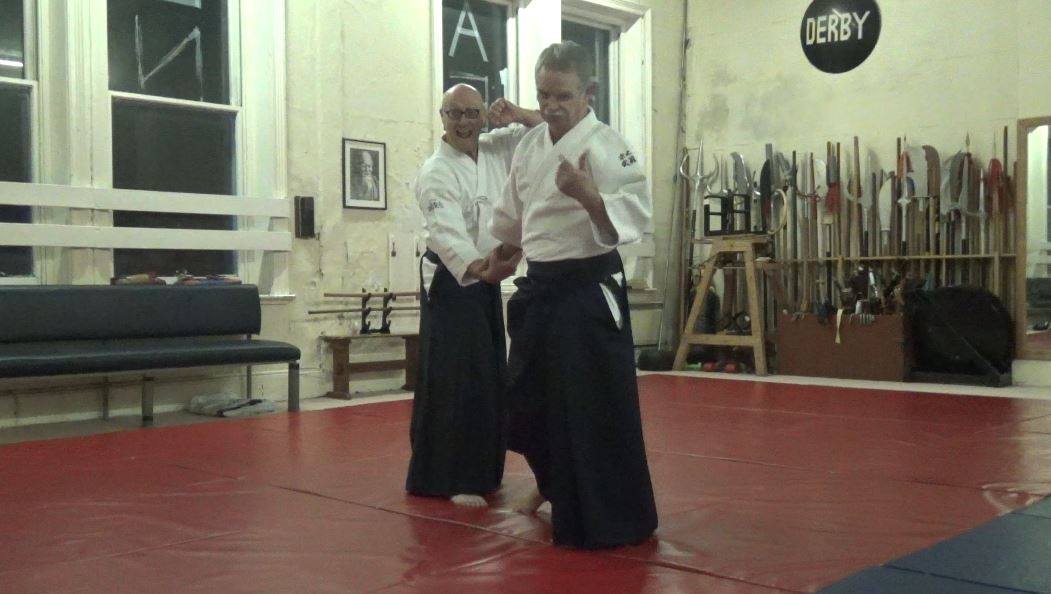 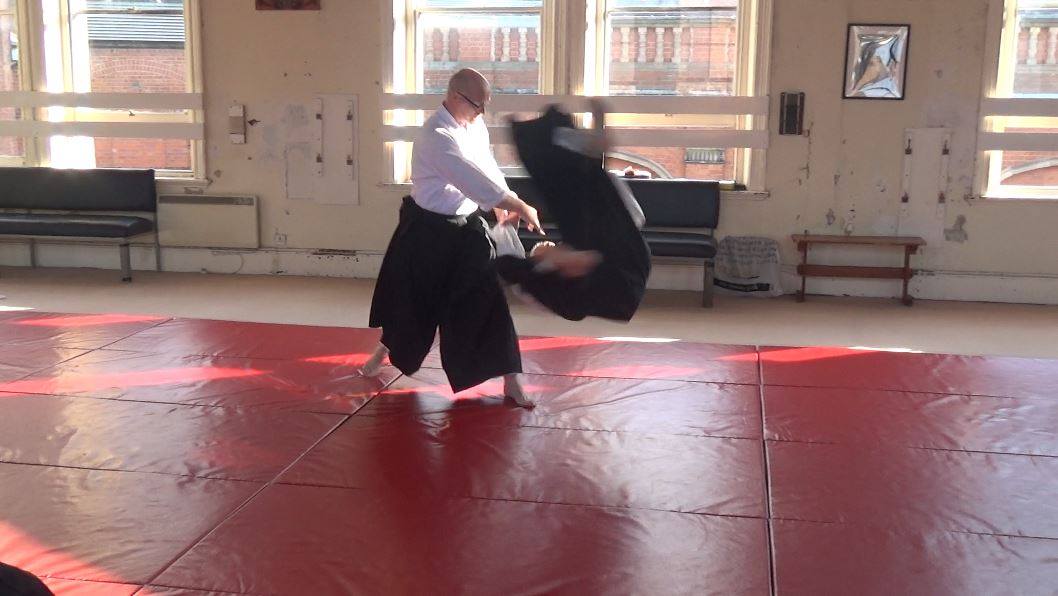 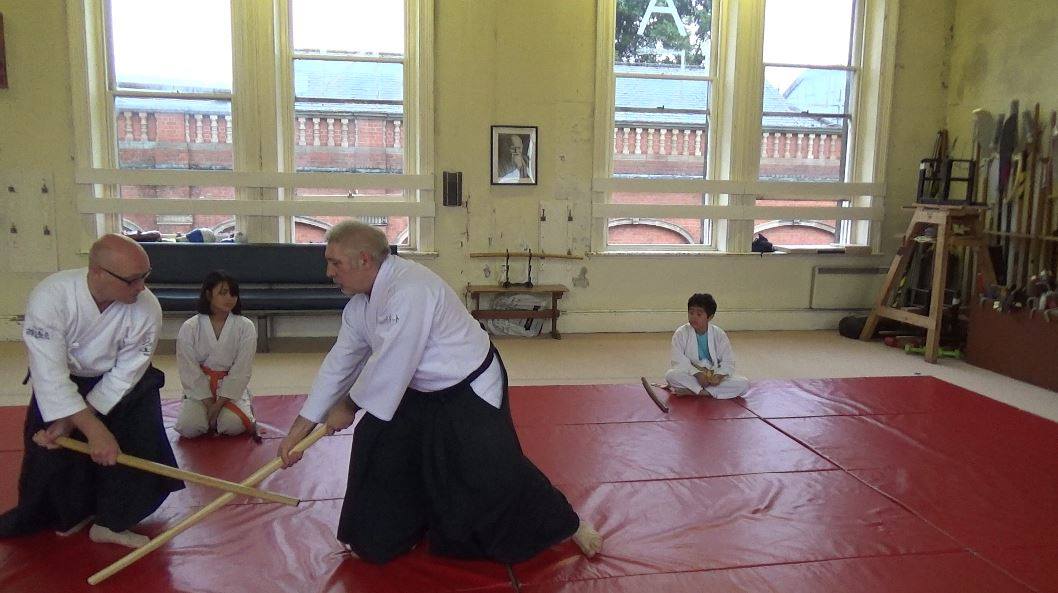 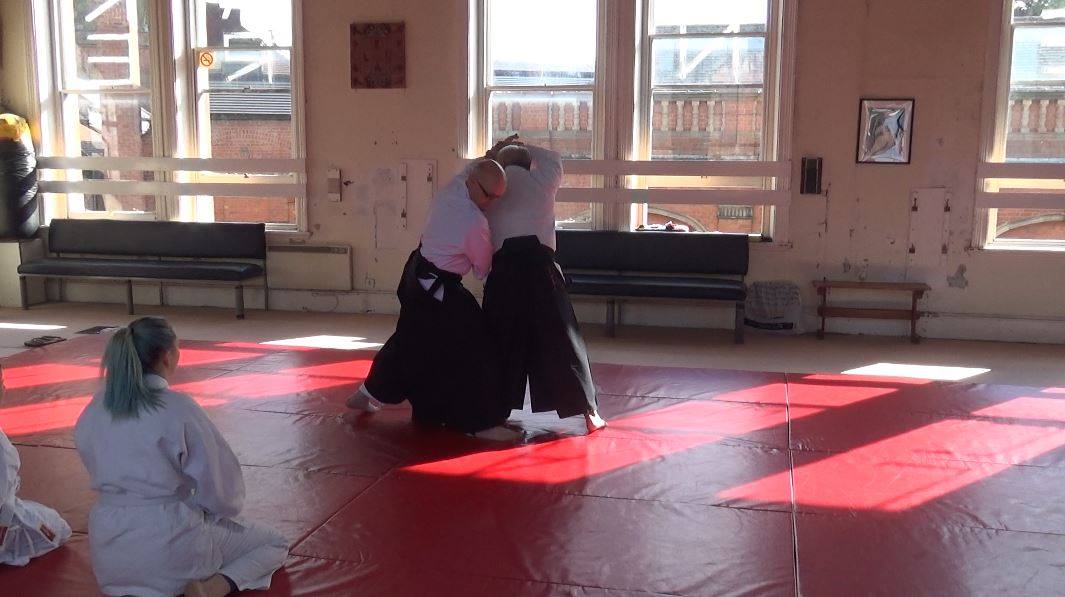 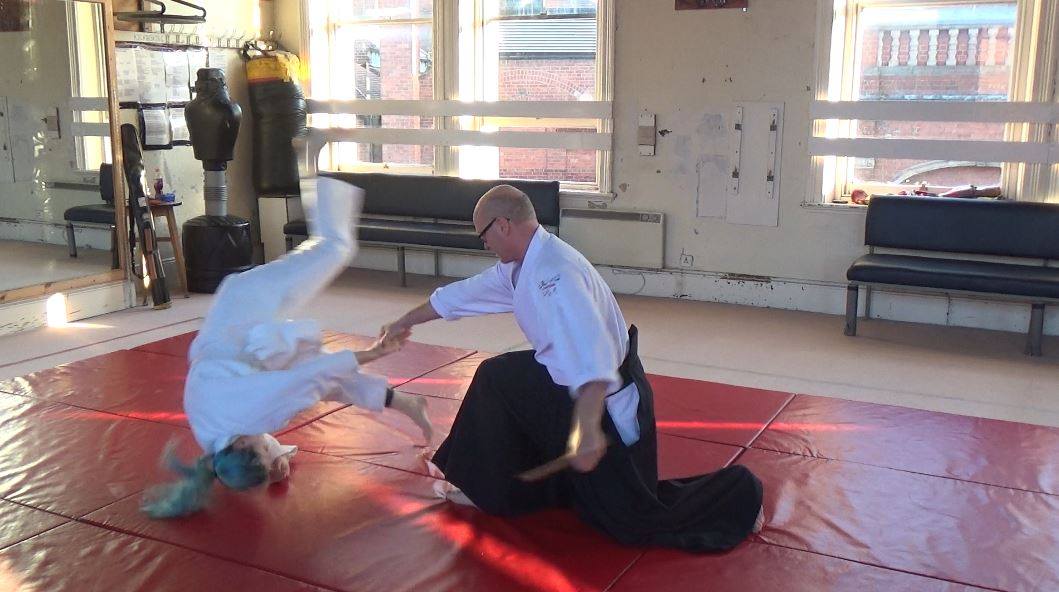 I received my Instructor's Certificate through WAKO in 2006, which is when I opened my club, USAGIGOYA AIKIDO DOJO, in Mickleover, Derby. The Dojo is now based in the City Centre of Derby. I taught Aikido at the BRITANNIA MILL campus of the UNIVERSITY of DERBY (which was affiliated with the university through the UDSU), where I studed for a degree in Complementary Therapies: SHIATSU I currently visit KYUSHINKAN DOJO in Leicester every week, and we hold courses throughout the year with instruction from Peter Brown Sensei I have attended several International Courses, which have been instructed by Tanaka Shigeho Meiyokancho, Tao Norio Bugaku Shihan, Christian Tissier Shihan, Kubota Ikuhiro Shihan, Tada Hiroshi Shihan, Ueshiba Mitsuteru Sensei (Waka Sensei), Ueshiba Moriteru Sensei (the current Doshu), Fujii Katsutoshi Sensei, Sawada Toshiharu Shihan, Kobayashi Yukimitsu Shihan and Sugawara Shigeru Shihan. In 2007 I had the chance to visit Japan, and during this time was able to train alongside other Aikidoka in the MEIJI JINGU BUDODOJO SHISEIKAN in classes taught by Tanaka Shigeho Meiyokancho, Inaba Minoru Kancho, Tao Norio Shihan, Yamada Shihan and Sasada Shihan. During the trip to Japan, an invitation was given for our group to visit the AIKIKAI HOMBU DOJO, where we were allowed to watch a class on the upper floor, followed by a private talk with Ueshiba Moriteru DOSHU, the current leader of the AIKIKAI (and the grandson of the founder of Aikido, Ueshiba Morihei O SENSEI). During recent years I have visited Japan on several occassions, and have been working on creating links with NARA AIKIKAI, who are under the direct supervision of Kubota Ikuhiro Sensei, 8th DAN Aikikai SHIHAN. I will be looking to continue to strengthen these links with further visits to Nara in the future. I took my Shodan Aikikai (1st dan) grading in July 2012, under the supervision of Peter Brown Sensei I took my Nidan Aikikai (2nd dan) grading in October 2017, under the supervision of Ikuhiro Kubota Shihan I received my Level 1 Coaching Certificate in July 2012, from the BAB I received my Level 2 Coaching Certificate in July 2017, from the JAC I received the title of Fukushidoin for Kyushinkan Omeikai in January 2020